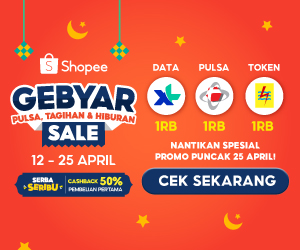 The Samsung Galaxy S21 FE design has just surfaced online, showing us what the phone will look like. The provided images come from @OnLeaks, who shared them via the ‘Voice’ platform.

It seems like the Galaxy S21 FE won’t stray too far from the Galaxy S20 FE design. The phone will come with a different-looking rear camera housing, but other than that, it looks extremely similar to its predecessor.

Its rear camera housing seems to be an extension of the phone’s frame, similar to what the Galaxy S21 series brought. We’re not sure if its camera housing will be made out of metal, though, this could be just an illusion, we’ll see.

The tipster says that the phone will likely feature a “glasstic” rear panel, similar to the Galaxy S20 FE. Its frame will be made out of metal, though. The tipster also revealed its measurement. You can expect the phone to measure 155.7 x 74.5 x 7.9mm (9.3mm with the camera bump).

Those are actually somewhat similar measurements to the Galaxy S20 FE. The Galaxy S20 FE is a bit taller, and a bit thicker (not counting the rear camera bump), but equally wide.

The device does include a flat display, just like its predecessor

The phone features a flat display, and its bottom bezel is still a bit thicker than the rest of them. Its thickness is not too pronounced, though, and it doesn’t look bad at all, quite the contrary. The tipster did mention that the phone features a 6.4-inch display, approximately.

A display camera hole is still here, and it’s centered. Samsung’s branding is placed on the back, along with three vertically-aligned cameras. You’ll notice an LED flash right next to those cameras.

All the physical buttons are placed on the right-hand side of the device. The power / lock button sits right below the volume up and down buttons. That is to be expected considering this phone comes from Samsung.

The Samsung Galaxy S20 FE launched on September 23. So, this phone could also arrive in September, or October at the latest.